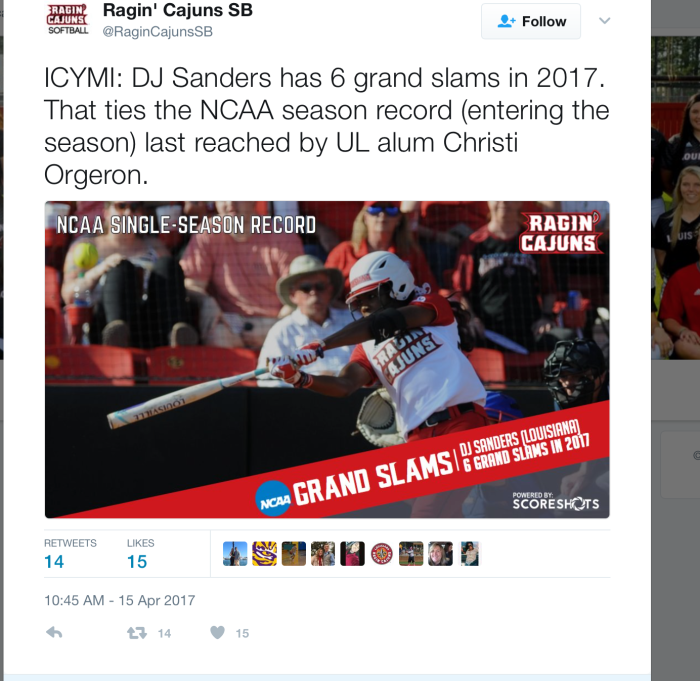 What makes this story even better is that two years ago DJ was at the bottom of the barrel with her bat compared to the other starters at University of Louisiana at Lafayette.

She was recruited for her defensive abilities according to this awesome article from Excelle Sports and needed work on her swing. Imagine if she had settled into that mold of only being a defensive weapon? Clearly, she put in the work and has been on a tear.

In 38 games she leads the nation with 23 homers including those six grand salamis. She’s lethal at the plate with an explosive .391 batting average and her 60 RBIs lead ULL this season.

Way to go DJ Sanders! We hope you keep hitting those grand slams and break that NCAA record.